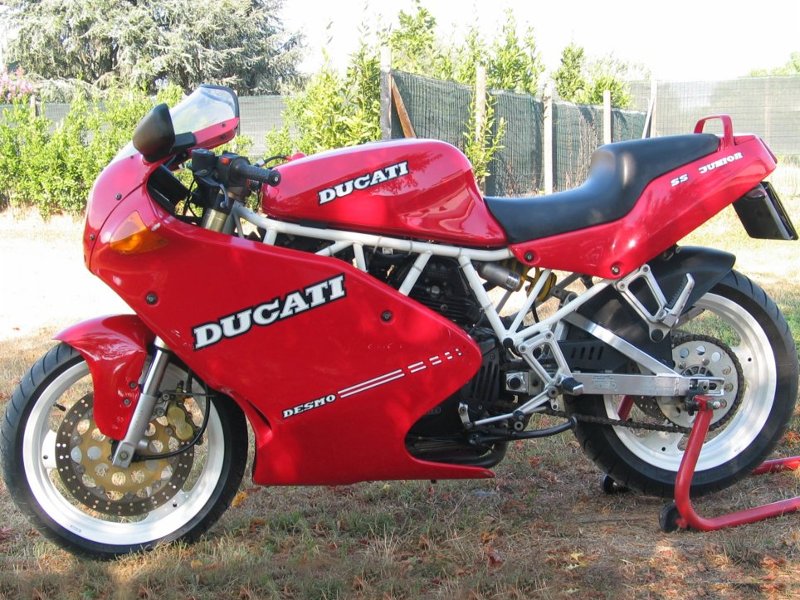 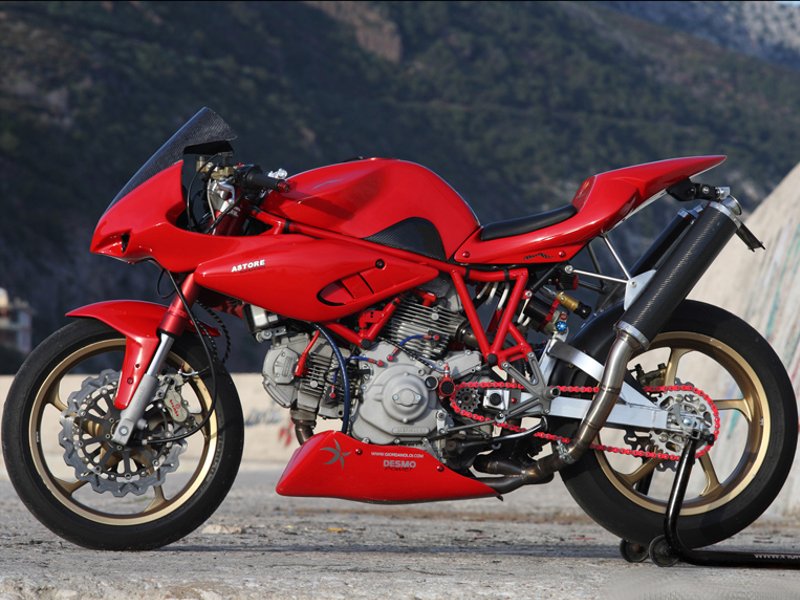 My friends call this bike Astoreddu, which derives from the shape of the screen. I’ve been bringing forward this project, through different evolutive steps, since 1999. I can affirm that this project has given me the consciousness that the inspiration not only comes from works of art, sculpture in this case, but also from anything else such as a motorbike, which is able to embody the idea of a living sculpture, dynamic as I like to define it.
Breaking the bike into parts, I could see that a tank, isolated from the rest, if officially finished, could have the same dignity of a modern plastic work of art. Its aesthetic function was not an end in itself, every volume in my sketches resembles something in animal anatomy, just like a bundle of muscles wrapping up the mechanic soul.
The design that comes out is imposed by flow of curves and sensual lines that diagonally converge toward the front of the bike: the gills are there to cool down the engine, the winked eyes of a bird of prey are there to tackle the street. I believe that my interpretation of motorbike’s design has been of inspiration to other designer, one above all the BMW with its superbike S1000RR which seems to be my chimera, based on an RG500 and presented to the 2006 bike expo, cleaned out of the sculpting material. My works of art are exquisitely handcrafted, they are not shiny showcases of aftermarket parts, where the winner is the one who has the biggest wallet. I don’t care about it, but I do care to deliver the message that no one can buy the soul of an object, you can just donate it.
Astore is a very light bike, only 150kg, with the right amount of horsepower, 90bhp, narrow and streamlines, naked enough to proudly show the mechanism and capable of avoiding the typical swivelling of a naked bike travelling at high speed through it special screen…just like a real Ducati Super Sport should be.
The prototype is based on a 1992 Ducati 350
Superstructures made of glass fibre, carbon and Kevlar 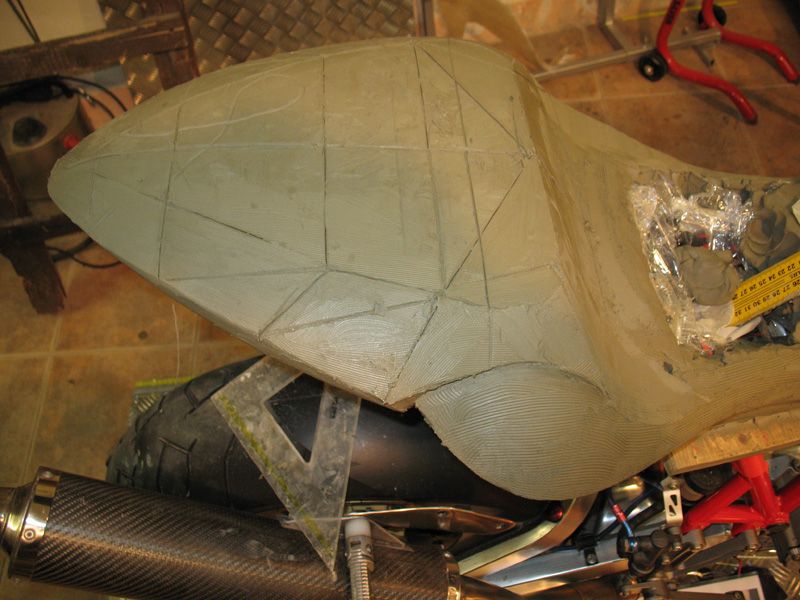 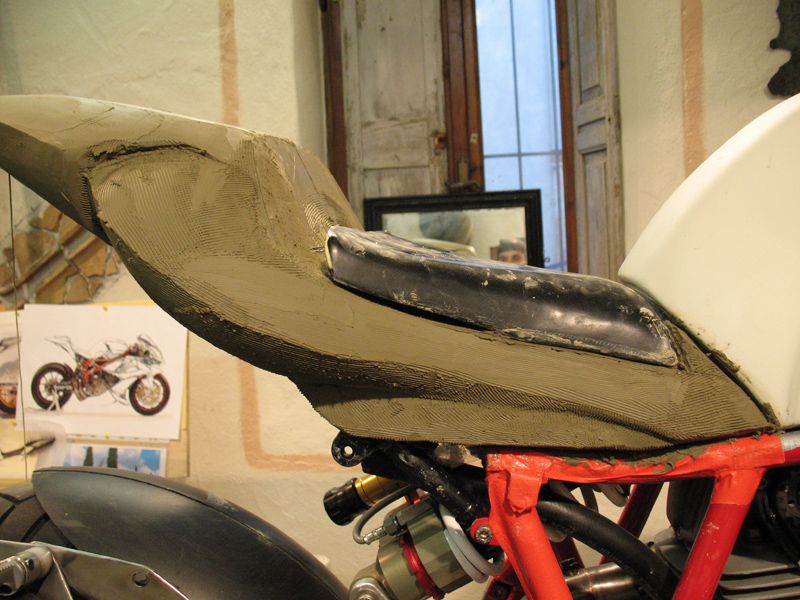 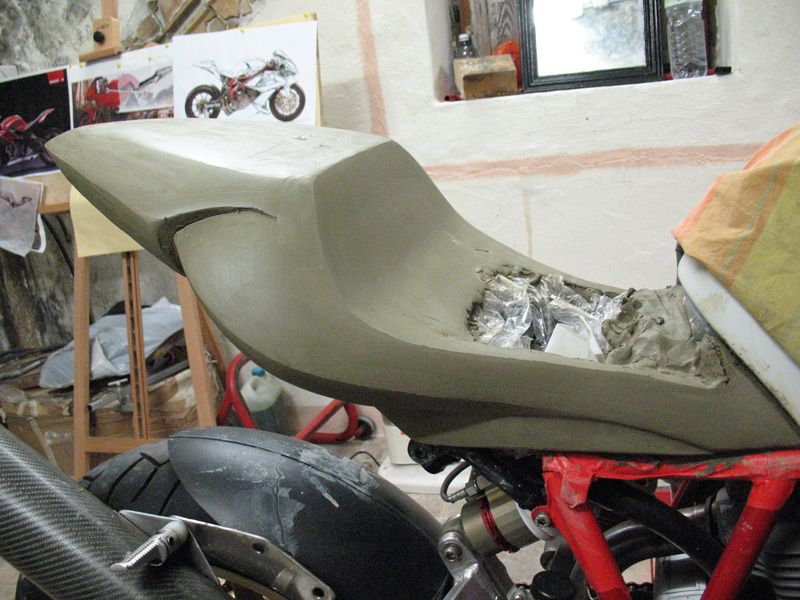 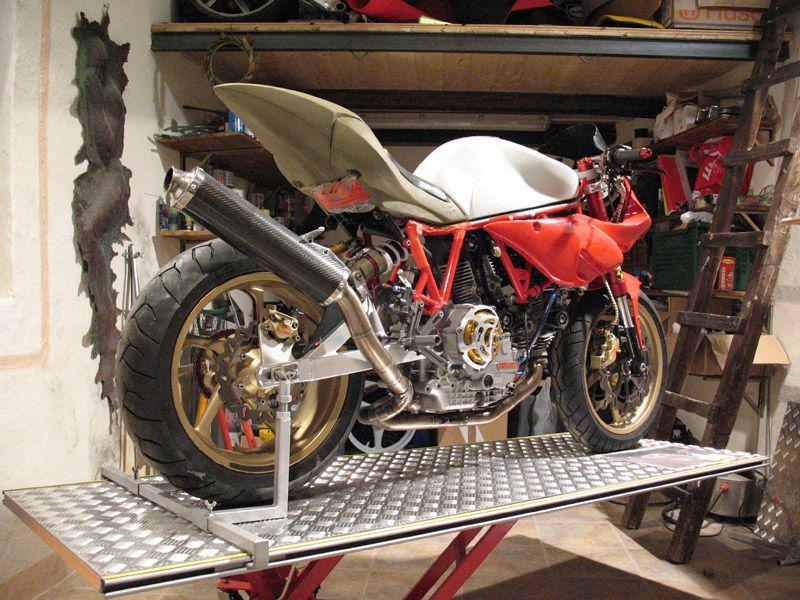 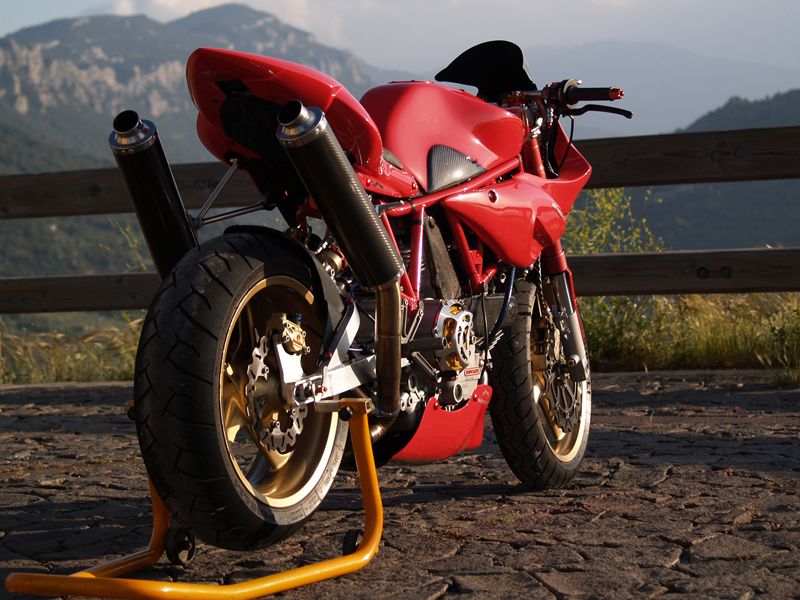 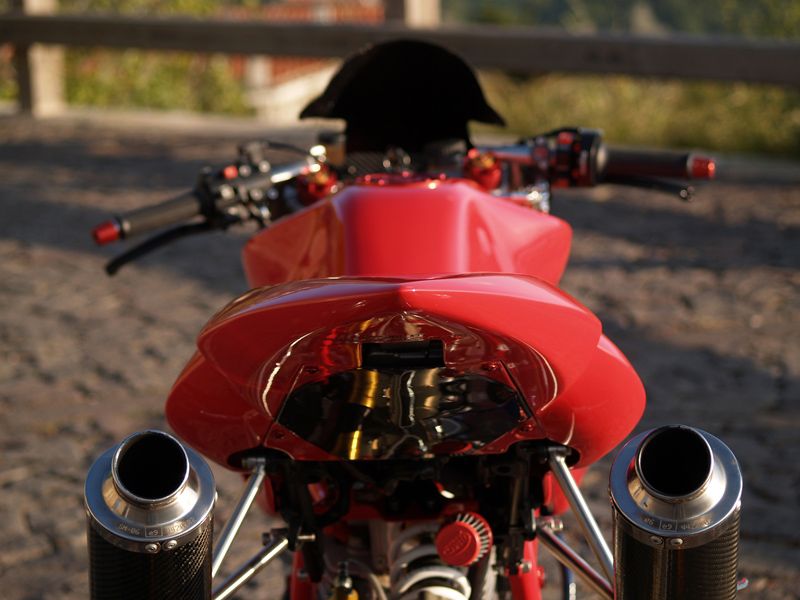 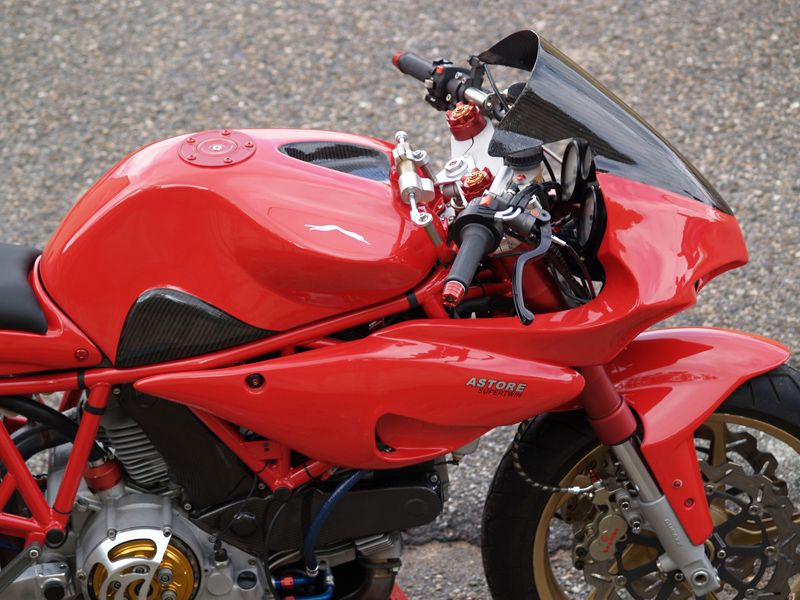 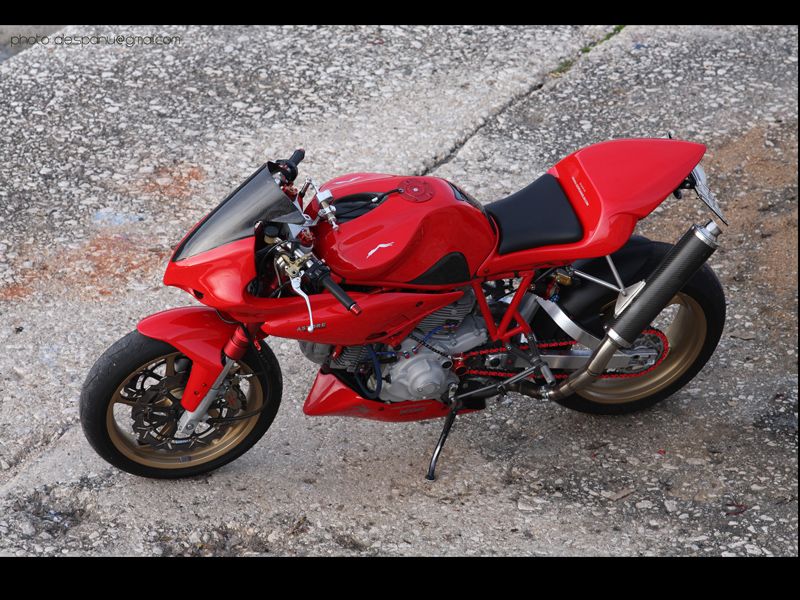 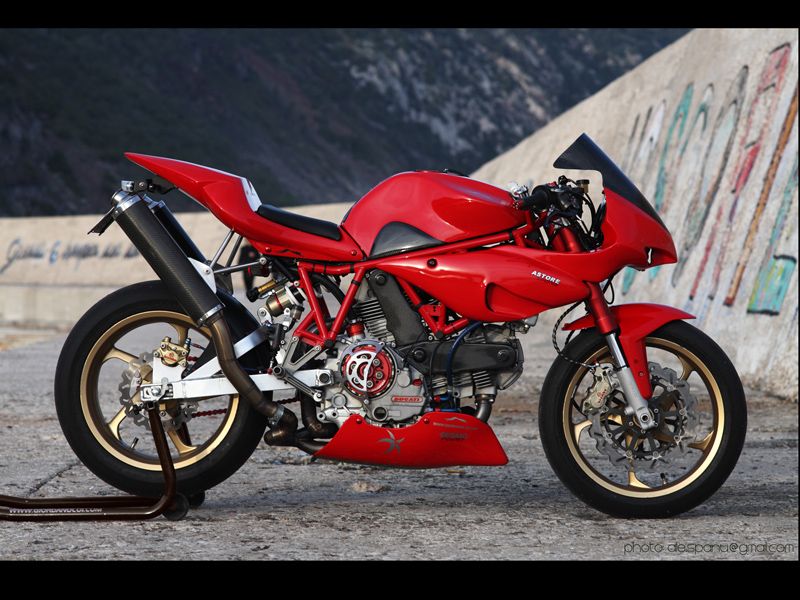 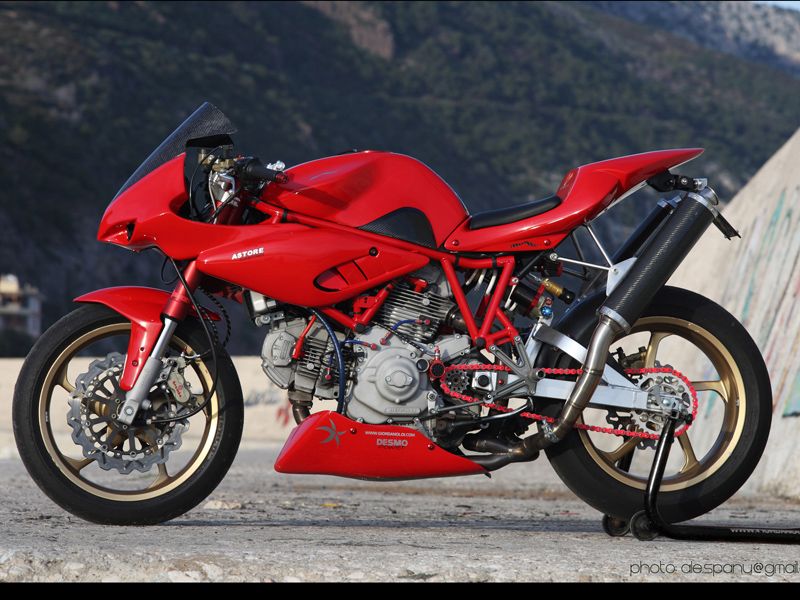 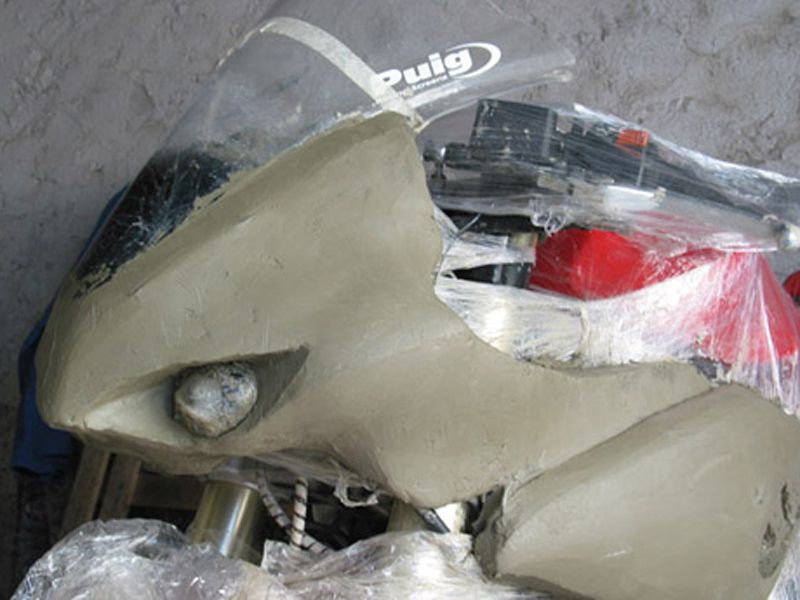 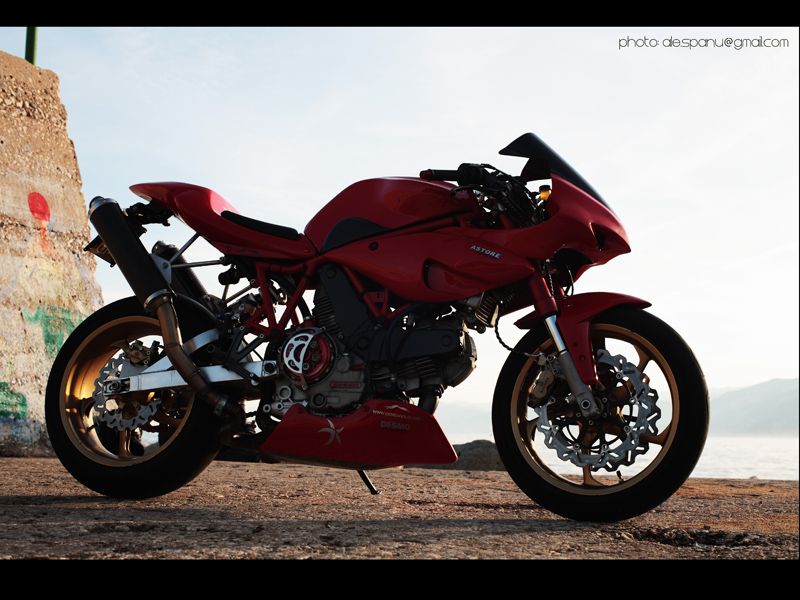 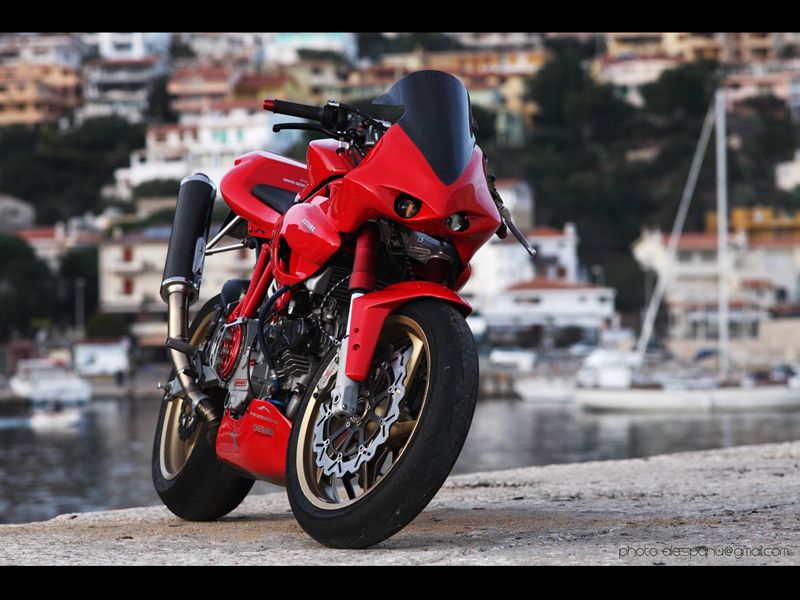